Actually I wanted to conclude my British Weeks today with some Banoffee Pie. Good idea, you say? Well yes, but I had forgotten that I’ve never made this before and yes – it was catastrophic. I just wasn’t able to produce any caramel. And since it is very warm today, I gave up after the second attempt. There you go. So I shall forfeit the British Weeks for now. But I will come back and share the Banoffee Pie recipe once I am able to do it. 🙂

Instead I made some semolina Pudding. Do you know what semolina pudding is? Whilst cooking it up, I was wondering how known this pudding is in the big wide world. Here in Switzerland it’s a rather old-fashioned treat. You know, one that our grand-mothers used to make. But I still love it. It is somewhat similar to porridge, but instead of being eaten hot, it’s cooled down in the fridge first (at least my version), which allows it to set into fantastic shapes. And since it’s summer and really hot outside a cool treat is just what we need.

For the raspberry sauce:
75g raspberries
a pinch of sugar
a bit of water

1. Bring the milk and the vanilla pod to the boil.
2. Add the salt.
3. Add the semolina and keep stirring on a low heat for about 20 minutes.
4. Add the sultanas.
5. Pour the mixture into cold dishes and place in the fridge. I always use our coffee mugs.
6. Once the mixture has set you can tip the pudding onto a plate. You might have to shake it a bit.
7. In the meantime place the raspberries, sugar and water in a pan and heat up. Make sure the sugar is dissolved.

Pour the raspberry sauce over the pudding and enjoy! 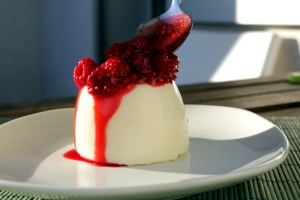 Traditionally this pudding is served with anything from cordial maple leaf syrup being poured over it or simply accompanied by some fruit. But since it’s summer and there is an abundance of raspberries in my parents garden (yes, I always steal their fruit), I shall use raspberries. To make it sauce like, I heat the raspberries in a saucepan, adding a sip of water and let it simmer for a few minutes. If you like it sweet, you can add some sugar, but I like it just as it is. I’m telling you, hot berries and a cold semolina pudding – delish!

I would even go as far as to call this dessert healthy. I mean there is hardly any sugar in it. If you’re not gluten or lactose intolerant, there is nothing wrong with this treat. Specially the fruits give it such a sweet flavour without overloading the dish with artificial sweeteners. Thumbs up from me anyway.

I shall bring these dessert treats to Angies Fiesta Friday #23 (thanks Angie for being such a great host). I know, Friday is way past. But as usual I am late. C’est la vie, right? 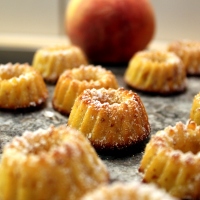 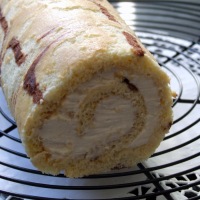 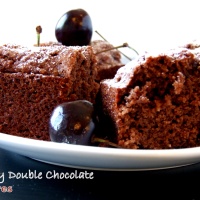